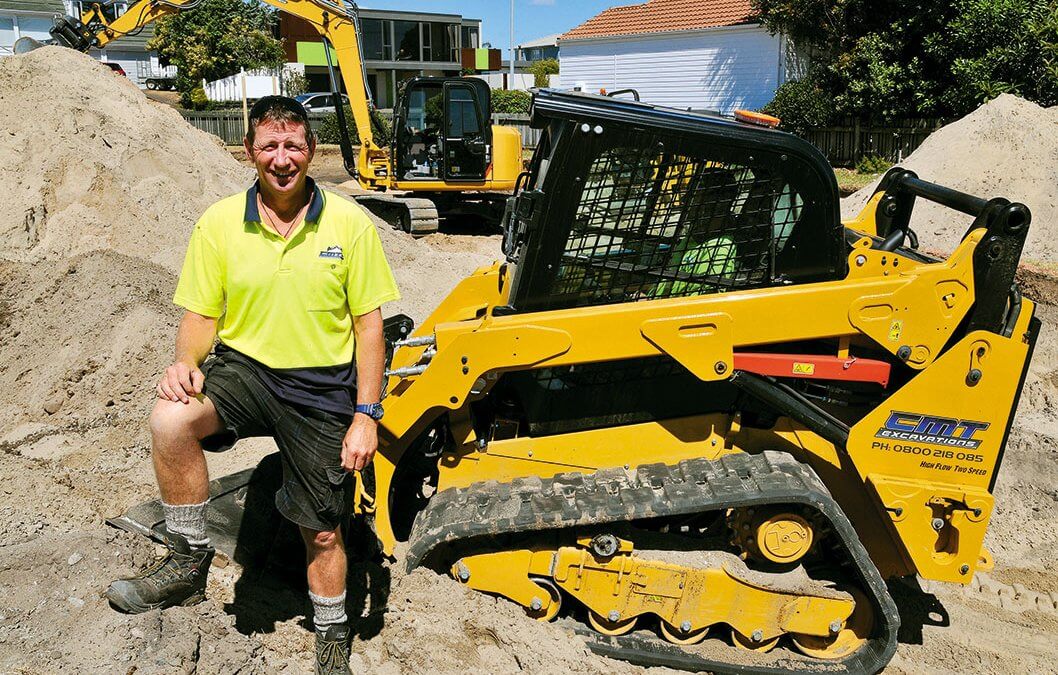 But relying on hire equipment isn’t always a simple process in a place such as Tauranga, where the number of significant development projects on the go in recent times has meant equipment hire companies are routinely emptying their yards of everything they have.

For CMT, the opportunity to purchase a new Cat 308E2CRSB excavator along with a Cat 313FL excavator (part of the recently launched F Series machine range) gave Matt and his team of four field staff the ability to tackle earthmoving duties on all sorts of job sites, without needing to rely on hire gear availability. Another recent arrival on the CMT Excavations fleet is a new Cat 259D compact track loader—a diminutive worker ant of a machine that Matt reckons is one of the most rugged pieces of gear he’s ever owned.

“The compact track loader is built tough and is almost maintenance-free, which is a great equation for a small company like ours. I haven’t come across a machine like it and we use it all the time,” he says.

“We can get it into some really restrictive environments—places we wouldn’t take an excavator. When we’re done, we can load it up in the back of a two-axle truck and get it to where we need it next, so it’s very versatile.”

The Cat 259D features a number of class-leading innovations on-board, such as the industry’s only fully suspended undercarriage. Heavy-duty shock-absorbing torsion axles suspend the body, allowing for independent movement for smoother travel and greater comfort, even at higher speeds and carrying large loads. Precise revs-per-minute can be set with the electronic throttle, allowing for quicker adjustment of travel speed during manoeuvring or more accurate engine speed regulation when using hydro-mechanical attachments. The Cat 259D even features a throttle-smoothing system, which monitors accelerator pedal angle under the operator’s foot over rough ground in order to provide for an even travel speed. 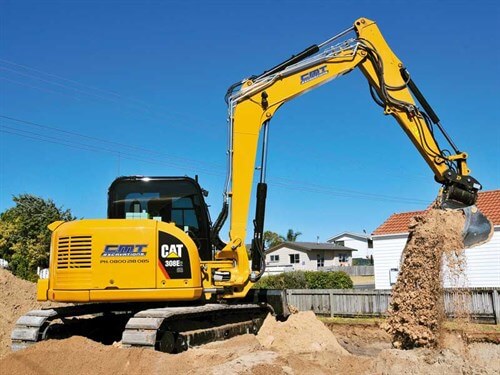 There’s a huge array of attachments available for Cat compact track loaders too, such as augers, backhoes, dozer blades, brooms, pallet and grapple forks, hydraulic hammers, landscaping tillers and rakes, mulchers and a variety of bucket types as well.

As far as Matt’s front-line excavator fleet goes, he says his new Cat machines feel familiar for his team, as CMT would often be hiring models from the brand’s lineup. But when he started doing some costs analysis on Cat ownership, Matt says he could see that purchasing machinery outright was the way to go for the long term.

“We needed more capability on tap for a range of projects, so I started researching what is available and well-supported on the market. Cat machines are built tough and when you weigh up the purchase price against the amount of time- and cost-saving technology they come with, as well as their record for reliability, then it was a no-brainer for us.”

The eight-tonne Cat 308E2CRSB, in particular, has proven something of a revelation for Matt. He says the CMT team refers to it as the “Big 8” and its capabilities have really impressed.

“We’ve used it way more than we thought we would. It was purchased to supplement the 13-tonner we have, but it holds its own.

It has endless power and is really good on fuel too. I’d say it would have just as good reach as the bigger machine too,” he says.

Similarly, the new Cat 313FL features a ton of grunt and tech in equal measure. The excavator features a number of advanced technology solutions designed to provide machine versatility, operator comfort, and safety.

The Cat 308E2CRSB’s front linkage has been perfectly balanced with on-board hydraulics to deliver the absolute control required for fine grading and landscaping applications, with in-cab controls giving precise, measured modulation. Auxiliary lines including quick connectors are fitted as standard, meaning Caterpillar gear arrives ready to work, straight out of the box.

Matt reckons that Gough Cat’s backup support has been exemplary. Given that the machinery is so intuitive to operate in the field and to own from a regular maintenance point-of-view, he says that Gough’s aftersales service is unbeatable.

“Gough offers such a brilliant backup service for us. We’ve never had any major issues with the machines, but the odd technical thing our guys haven’t quite understood can be solved over the phone with one of Gough’s support guys.

“The Cat computer systems on-board are very understandable and simple to use. Our younger operators are so used to touchscreen menus these days that they find their way through the system easily. Caterpillar really designs their machinery with ease-of-use in mind, and if something larger scale were to stop us in our tracks, Goughs are local and can be on-site quickly.”

But Matt says that right from the start of the relationship, it’s clear Gough Cat aims to make sure your machine will be working just as reliably years down the track as it does the day it arrives.

“These guys don’t sell you a machine, shake your hand, and then walk away. I’ve had that experience in the past, and it doesn’t give you any incentive to buy from that brand again. But I’d like to hope we’ll be buying Cat when we expand our fleet again in the years ahead,” he says.

In fact, Matt reckons having Cat gear on his fleet is something he considers a career achievement; something he has thought about for a couple of decades or more. 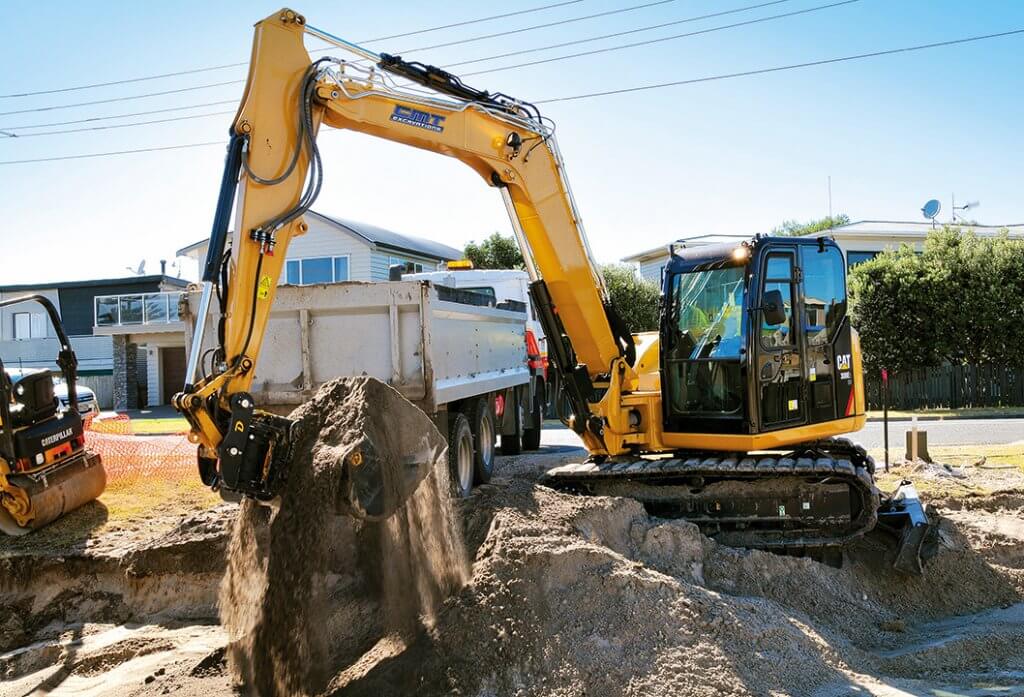 “The first company I ever worked for is a fervent Caterpillar customer; a family company that I still have a heap of respect for and that my wife and business partner Coral and I actually base a lot of our business decisions around with CMT Excavations.

That company had me on Cat gear 30 years ago, and it’s something I’ve remembered ever since.

“I also have this photo of myself taken 29 years ago, of me sitting on a Cat digger with a big grin on my face. It’s funny to think that all these years later I’m running Cat machines of my own. It’s a great thing and the machines are just as impressive now as the guy in the photo thought they were way back then.”